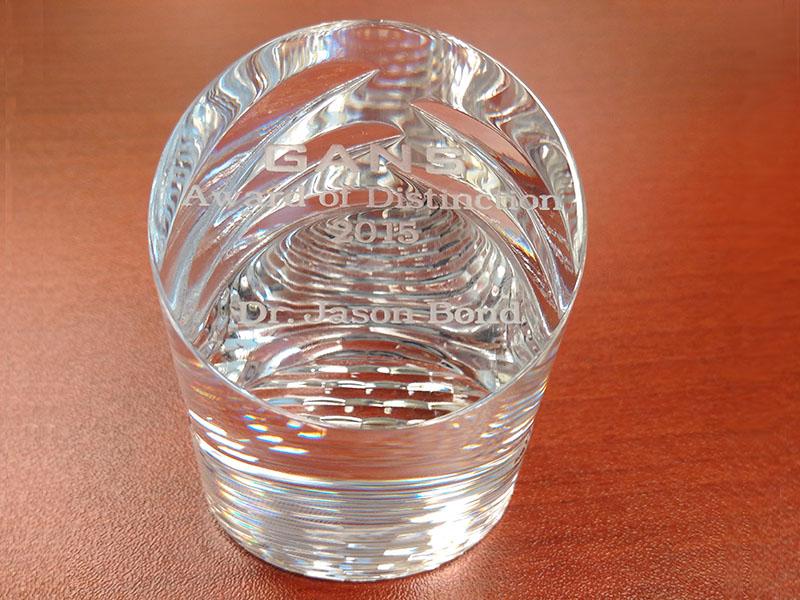 Dr. Jason Bond received the first ever GANS Award of Distinction at the Annual General Meeting of the Geomatics Association of Nova Scotia on June 9, 2015 in Halifax.

This award is presented annually to an individual or an organization that has made an extraordinary contribution to the geomatics sector in Nova Scotia.

Dr. Bond was honored for his work in developing a plan and implementing the Nova Scotia Active Control System. This initiative allows the modernization of the current Nova Scotia Coordinate Referencing System.  A better foundation creates better GeoData for all of Nova Scotia.

Know of someone who makes a difference in our geocommunity?  Consider honoring a member of the geomatics community who has significantly influenced our sector.  Contact GANS.ca for more information.